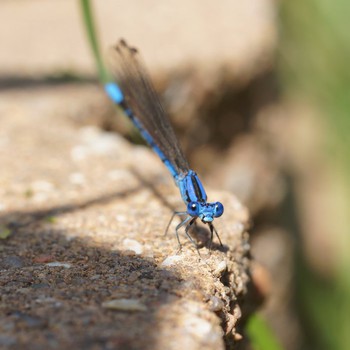 Seven-Souled-Saul was a dour man.

Having been born with multiple souls bound to a single flesh was considered a blessing - the gods simultaneously showing favor and imbuing the newborn baby with special gifts. A severed-soulman was a person who's body and soul were bound with the souls of legendary figures and heroes. Severed-soulmen were gifted with extraordinary abilities beyond that of normal men. Strength, speed, intelligence and wisdom - even mystical powers were attributed to the severed-soulmen. These lucky individuals wielded heroic prowess that lived on in legend. Unfortunately, poor Saul was not so lucky. He was stuck with a narcissistic and sadistic crew of maligned souls. These particular six additional souls bound to his, the seventh, were not the sort of helpful mentors and guides as one might expect. Nor did they impart any powers or gifts that anyone could tell. Saul was plagued with the worst, most vile cohort of criminals and miscreants one could imagine. A serial murderer, a lying thief, a disfigured torturer, a traitorous molester, an overconfident whore-master, and Saul's own dearly departed mother Franilly.

Saul tried his best to be a good man. He tried to lead a simple life. He was a woodcarver by trade. Saul found the work tedious but it brought him tiny joys to see his pieces decorating the homes and in the hands of the children in the community. But the constant barrage of belittlement and blatant berating from his tag-a-long spirits often left Saul drained, depressed, and as we mentioned - dour.

Finished with his work for the day, Saul left the warmth of his hoary shoppe and left his cloak on the table, taking the chill of the night as his evening overcoat.

"SAUL!! You'll catch cold in this weather, put your damn cloak on," his mother Franilly spat in his mind, bleating as she was wont to do.

By the time Saul was beginning primary schooling, he had already accustomed himself to the voices in his head. In fact, it turns out that having constant voices in your head lead to becoming an early talker. As a young boy he displayed an aptitude for language and continued to develop his linguistic skills at a rapid pace. He was reading by age three and writing by age four. An early and rare gift of the towns members were tutors to usher on the destined greatness of little Saul. This early display of intelligence delighted his father. His mother, on the other hand (who had died in childbirth and transferred her soul into her son), was never satisfied with her son's progress in any aspect of his life. She was critical in the extreme and a particularly annoying nag.

It wasn't any one thing that caused the township to learn that Saul's gifts were not nearly as awe-striking as had been destined. Slowly, over time, it became apparent that Saul's gifts were not gifts at all and he was utterly and desperately normal. Saul himself often wondered why he had been cursed rather than blessed by having six useless other souls bound to his own. He wondered if his mother's death had been the impetus for the gods to show displeasure in him. Whatever the reason, he accepted his lot and sought out the small joys in life. Things that he could hold onto as good no matter what the dark souls said.

DON'T LISTEN, AND ESPECIALLY DO NOT TALK TO THE VOICES IN YOUR HEAD.

It was a simple rule that kept him out of trouble for the most part.

Saul was seventeen now, broad-chested if not homely-faced, and with his strong hands made his living as a wood-carver of some renown in the area. Perhaps due to his infamy as a cursed severed-soulman, but Saul believed his customers when they complimented his work. They praised him on the subtle details of his animal-shaped figurines. That praise was one of the small joys for him.

Walking through the darkness, he was startled by a figure appearing from the shadows. As the figure approached, the darkness peeled off, and Saul saw what made this figure truly startling. She wore the leather armor of a soldier, trimmed with pieces of blackened metal. She walked silently, confidently toward Saul, stopping some few feet from him. She took in Saul from head to toe. Nodding, she gave a small laugh and stared him directly in the eyes.

She was the most stunning creature Saul had ever seen.